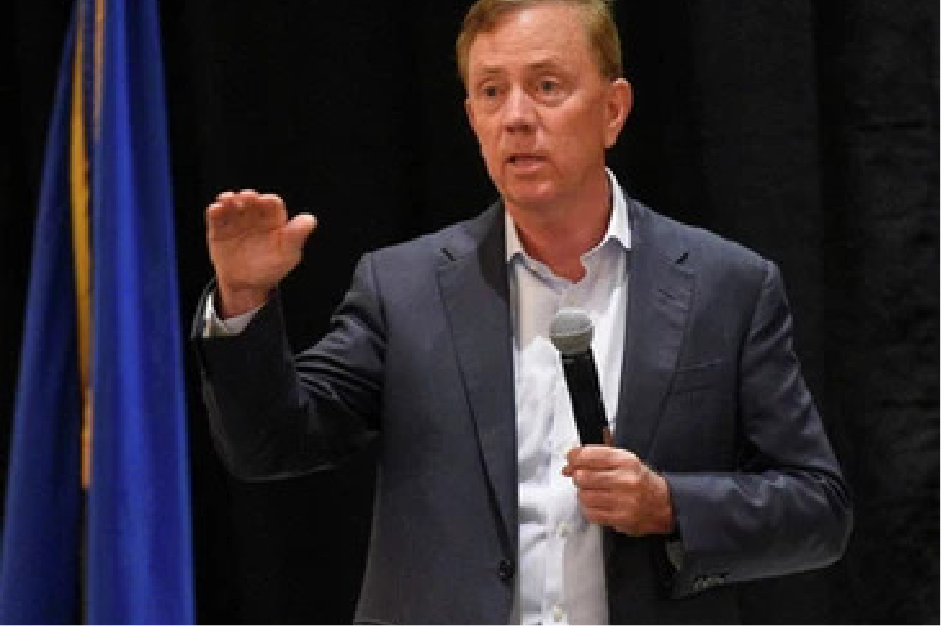 Despite improving sales growth last year, eight out of 10 Connecticut companies say the business climate here is declining, according to the latest annual survey from the state’s chief business lobby.

The Connecticut Business and Industry Association also found 77 percent of businesses believe the state’s new paid Family and Medical Leave program will harm their companies and 53 percent say the rising minimum wage will do the same. Business confidence in state lawmakers plunged to an all-time low.

The CBIA presented the results to an audience of about 280 people gathered Friday at the Hartford Marriott for the association’s annual forum on the Connecticut economy. “While Connecticut businesses are finding ways to survive and grow, their concerns for the future are clearly apparent in this survey,” Joseph F. Brennan, president and CEO of the CBIA, said Friday.

But the survey, conducted by mail and email in June and July by Marcum LLP, an international accounting firm, had a relatively modest response. Marcum approached 5,300 top executives with the survey and 356 responded, giving the results a 5 percent margin of error. The survey found 73 percent of responding Connecticut businesses reported a net profit last year — a post-recession high.

But while 73 percent of survey respondents expect the national economy to grow next year, only 11 percent predict the same for the state’s economy. About 29 percent of those surveyed said Connecticut’s economy would remain static in 2020, while 61 percent predicted some degree of contraction.

“So why not here?” asked Michael Brooder, managing partner for Marcum’s Hartford office. “There’s concerns on the tax side” and businesses see a lack of predictability in overall state government finances. But equally important, Brooder said, are new state policies that have Connecticut businesses worried.

One of those is the new paid family medical leave law passed last spring by the Democrat-controlled legislature and Gov. Ned Lamont. Under that legislation, benefits would become available in January 2022. It would provide up to 12 weeks of replacement wages, payable on a sliding scale ranging up to a maximum of 95 percent for minimum-wage earners, capped at $900 a week.

Workers would fund the program with a payroll tax of one-half of one percent. Benefits would be cut if the revenue proves insufficient to meet demand.

Advocates say the program would offer some of the strongest benefits and job protections for workers who take extended time off for personal illness or to care for a child, siblings and other loved ones. Critics counter by saying that although the benefit will be financed by employees, it still will be a blow to small businesses by giving workers an incentive to take up to 12 weeks of leave. CBIA and other business advocates also chastised Lamont and lawmakers for adopting a plan to raise the state minimum wage from $10.10 per hour to $15 over the next four-and-half years. “State policymakers must acknowledge these very real concerns and focus on policies that will restore public confidence, promote investment and drive long overdue economic and job growth,” Brennan said.

But Max Reiss, communications director for Lamont, said the paid leave and minimum wage initiatives will help Connecticut remain competitive with other states while providing financial security for families statewide. “The governor was proud to sign them into law,” Reiss said. “The governor is thrilled to see economic growth on the rise in Connecticut and wants to pursue policies that support that growth. That is why the governor has spent so much time connecting with top executives from major Connecticut companies, looking for their input and guidance. The governor will continue to have those discussions.”

Brennan said small businesses were particularly frustrated with the 2019 state legislative session, adding they felt they were unfairly targeted by new mandates and tax changes. Though Lamont and the legislature averted a major state budget deficit without increasing income tax rates, they did raise taxes on businesses by scaling back tax credits. They also cancel numerous sales tax exemptions on a range of goods and services, set a one-percentage-point sales tax surcharge on prepared meals, ordered a new levy on vaping, and boosted real estate conveyance taxes on mansions — sold by people leaving Connecticut. “It wasn’t just one or two little things,” said Scott Dolch, executive director, who said too many lawmakers were less than receptive when approached by business owners with concerns.

“They act like they know your job better than you.”

For example, he said, very few lawmakers were aware that restaurant workers here earn, on average, $28 per hour if tips and wages are combined. That’s more than 2.5 times the current minimum wage.

Business confidence in the state legislature fell to all-time low, with 92 percent of respondents either somewhat or strongly disapproving of lawmakers’ handling of jobs and/or of the economy. That’s up from 81 percent one year ago. More than half of those businesses surveyed, about 56 percent, expect their workforce to remain constant next year, with 23 percent anticipating adding workers. Last year, 39 percent expected to add employees. Jessica Rich, a managing partner with The Walker Group, a Farmington IT firm, said that while “the survey actually scared me a little bit … it’s not all grim.”

While the Connecticut workforce needs more skilled workers, Rich said, her firm has been able to retain and add key staff.

One key, she said, has been to work with existing employees, who often can provide valuable referrals to assist with hiring. “Smart people tend to know smart people,” she said. The survey found 29 percent of respondents cited employee training as its top investment. This ranked highest, followed by 16 percent that cited new technology; 15 percent that said property and facilities; and 14 percent that cited recruiting qualified workers. The Walker Group also has tailored practices to accommodate the “millennial” generation, referring to those individuals born between 1981 and 1996, Rich said. “Millennials are a force to be reckoned with,” she said. “They don’t want a job. … They want a future. They really want to understand that they are part of something bigger.” That has meant ensuring all jobs show workers “some potential for advancement” and the ability to continually tackle new challenges and projects. “You have to listen and allow them to be creative.”