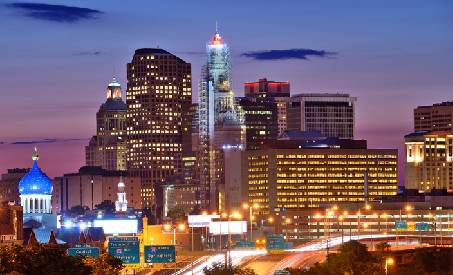 How do we have $100B in Unfunded Liabilities?

How do we have $100B in Unfunded Liabilities?


While certain Connecticut politicians and media outlets preen about the state’s fiscal condition, Federal Reserve (Fed) data suggests Connecticut residents living outside the states Aristocracy are falling behind, right quick. Consumer Credit debt is at an all-time high and savings rates are plummeting. Let us set aside the self-serving campaign jargon, settle into reality, and deal in facts.

As we ponder those questions, we turn to Fed data on savings. The narrative for some time now has been that Americans are flush with cash, and savings rates are the highest they’ve ever been. Does the data, match the rhetoric? https://fred.stlouisfed.org/series/PSAVERT#0
Personal saving as a percentage of disposable personal income (DPI), frequently referred to as "the personal saving rate," is calculated as the ratio of personal saving to DPI.


The spikes in this graph align perfectly with COVID stimulus funds. It clearly shows those funds are depleted, and the idea that the American consumer is “flush with cash” simply isn’t true. When you overlay this data, on top of the consumer debt data, two clear facts emerge; consumer credit debt is surging, personal savings is plummeting. While these conditions exist, the Fed is raising interest rates and deleveraging its balance sheet. These actions, necessary to combat inflation will make credit more expensive. The squeeze is on and will only get worse over the coming months. 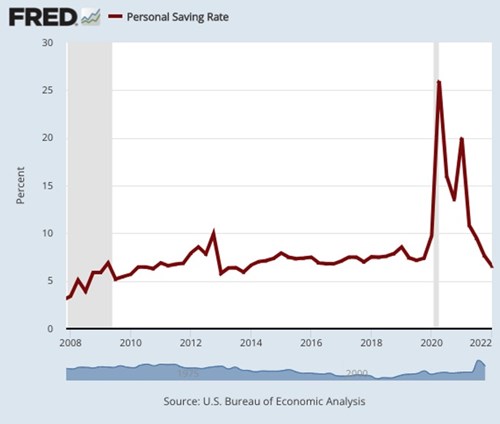 Now that we have rooted our thinking in facts that affect people every day, instead of the self-serving false reality being peddled by Connecticut’s leaders, we can better evaluate the SEBAC and budget deals. Both are terrible for the future of our state. Those intent on maintaining power are feeding the beast at unaffordable levels, working for themselves instead of the collective “us”.


Connecticut’s political class failed us badly in 2022. Our Achilles heel is the states long term fiscal condition, and they made it worse. Much worse. They tell us inflation is “transitory”. They tell us we are “flush” with cash. They tell us we have “billions” in surplus. The truth tells us we have 100 billion dollars in unfunded liabilities. The truth tells us saving rates are plummeting and debt levels are rising, at record rates. People, outside the Connecticut’s Aristocracy, are struggling; and things are likely to get worse before they get better.


Some would say Connecticut’s political class needs a “Ministry of Truth”.

Visit us at www.reclaimct.org and join the movement!